Jump To: [Background/Designer Notes] [Timeline] [Current Politics] [Economics/Trade]
[Allies/Treaties] [Internal/External Threats] [Star Systems/Colonies] [Military] [Gallery] [GZGPedia]
NOTE: Broken links are likely to pages that have not yet been completed.
They are "coming soon." 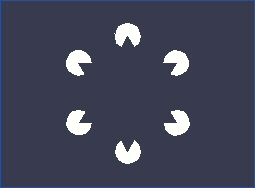 Current Politics
New Israel is a parliamentary republic spread over five worlds and numerous outposts in three systems. The head of state is the President, elected by the Legislature to a five-year term; the Prime Minister, elected by the voters, is head of government; the Legislature is the unicameral Knesset, with 120 members. The four largest colonies have smaller “state” versions of the national government with Governor, Ministers of State, and Knesset M’dina. The national government is currently dominated by the Bitachon (security) party. Other major parties include N’kam (vengeance), which is rapidly on the wane, Chalutzim (pioneers), Tzirim (labor), and Derech Or, (the way of light), the largest religious party.
The current “Security Government” has enjoyed a broad coalition of support since replacing the “Vengeance Government” in 2158. New Israel military is primarily concerned with the safety and security of the people. New Israel is on average  more religious than Old Israel, but religious and secular power blocs get along better than in the past. The ultra-religious hold small, though sometimes lopsided power, as do the pure secularists. The lessons of history, however are burned into the national and social psyche, and most divisions are quickly cast aside to counter perceived threats.
The intelligence network is extensive, and government supported and sanctioned mercenary groups act as revenue sources, additional training, ready reserves, and information gatherers in the core systems and beyond. One of the first human colonies to become truly self-sufficient, NI has an isolationist bent, not wanting to get nationally involved in the affairs of others. However, the government is on friendly terms with NAC, OU, and PAU (though PAU is occasionally a trade competitor), neutral towards NSL, FSE and most minor powers, cool with ESU and IC and hostile to IF. NI policy towards IF focuses on denying the IF the ability to make war on NI, classifying most IF FTL capable tugs and all FTL military ships of Destroyer class and higher as imminent security threats. Symbiotic research, technical, and trade alliances exist with a number of Japanese corporations.

Economics
Main exports are colonial technology and hardware, including harsh-environment survival (20% GDP). Custom agricultural, bioengineering, terraforming, and other colonial/pioneer equipment (20%). Military technology, personnel, and equipment (including fuel, intelligence, and mercenary services, 25%). NI has a significant government-sponsored mercenary force; intelligence and extraction units are in greatest demand. Agriculture (land and sea, 20%). Tourism (10% - primarily Gan and Yafo). Balance of trade is in services and other sectors.

Midbar Skunkworks
This is the main military laboratory/testbed/construction facility of New Israel. It's location within the Sabra asteroid belt is secret, and most of its projects are considered classified. None of the systems or house rules listed here are canon, and many are as yet un-playtested. Several are adapted from other people's rules or GZG-L list discussions. Adaptations may lack attribution, but an E-mail can cure that.

GZGpedia Classifications
These classifications are current suggestions from the Unofficial GZG Encyclopedia Galactica.

Disclaimer (Paraphrased from the GZGpedia)
This background has been developed for the use of fans of Ground Zero Games, and, to a lesser extent, for Ground Zero Games themselves. Original concepts, rules and timeline are copyright Ground Zero Games. Material appearing on these pages may be examined by Ground Zero Games, and may be used in part or whole as part of future rule books, supplements, or other material. Any material used in whole will be credited to the Author of the material, and he still retains copyright unless waived.
Jump To: [Background/Designer Notes] [Timeline] [Current Politics] [Economics/Trade]
[Allies/Treaties][Internal/External Threats] [Star Systems/Colonies] [Military][Gallery][GZGpedia]